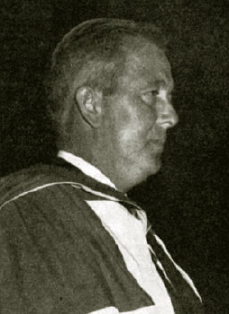 J.H. Stewart Reid was the first Executive Secretary of the Canadian Association of University Teachers. The appointment of Dr. Reid in 1959 marked a new stage in the history of CAUT.

The CAUT Annual Meeting on June 6-7, 1959 proved to be a landmark in CAUT history. At that meeting, Stewart Reid was appointed the Association's first Executive Secretary, with the task of organizing a national office in Ottawa. Under Stewart Reid's leadership, CAUT became a national entity, with a clarity of purpose, influential in government circles and recognized by other national associations. The national office proved to be a successful central clearing house of information effective in keeping local associations in touch with one another.